The Enormous Moon Hotel in Dubai 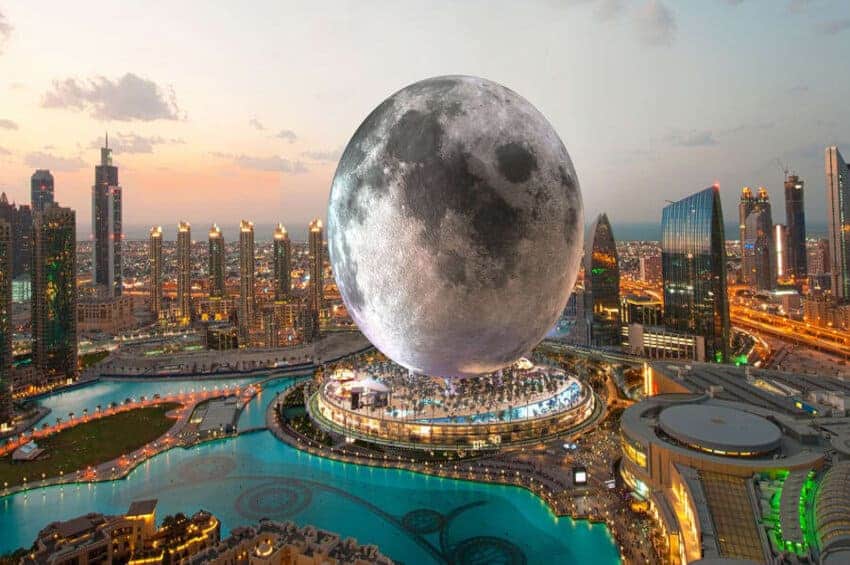 Dubai is well known for its luxurious style in buildings and the plans of the Moon World Resorts are yet to define the grace of Dubai even more.

Want to see the Earth’s neighbor in itself? The Moon Hotel in Dubai is a kind of a replica Moon, designed to give people a low-gravity experience here on Earth. So if you don’t have a spaceship taking you to the Moon, the space tourism entrepreneurs got you covered with their project MOON!

The Canadian Moon World Resorts inc. are planning to set up Moon resorts Internationally. These luxury accommodations would resemble the Moon, with their spherical and dome-like structure. Moon World Resorts Inc. is an architectural and intellectual property licensor, planning four Moon-themed mega resorts (first designated for Dubai, one in North America, one in Asia,and one in Europe) to bring the adventures of space travel to the Earth. Hence naming their project “MOON”. Now, you can enjoy the excitement of space tourism by not actually waiting for a holiday in outer space thanks to the Moon Hotel in Dubai.

UAE, Dubai specifically has caught the eye of the company for their first launch and  has been called the “front runner” for the Moon World Resorts Inc. opening. Why? Henderson explained that they’re coming first to Dubai as it is “very popular for tourists” and a hub of “infrastructure” projects. So we would first see a Moon Hotel in Dubai.

How much can they possibly cost?

Space tourism flights cost upto $450,000 but these Moon resorts would be far more affordable than that for customers’ entry in the Moon Hotel in Dubai.

As expected by the Moon World Resorts Inc., each resort can cost around US$5 billion in its build-out. A hefty price tag like other space tourism flights or a possible resort in outer space costing billions of dollars. But, the growing interest of the company in space travel hints that it isn’t impossible to inject life in this project. As Henderson shares, “Potential regional licensees for MOON will be major, global, forward-thinking corporations capable of funding its $5 billion build-out,”.

The plans for the Moon Hotel in Dubai are of about 5.5 million-square-foot and the replica Moon standing on top of it would be 735 feet tall and 650 feet wide.

The lunar replica as compared to the actual Moon would only be 1/75,000 of the Moon’s size but that’s enough for more than 4000 suites and guest rooms and most importantly, it’s own “lunar colony“.

The features of the Celestial Resort:

Henderson says each Moon resort would be “a very luxurious and contemporary, fully integrated destination resort, with a lot of components inside that one would already know”. So, the Moon Hotel in Dubai would reshape the extravagance of its buildings.

To make the experience more like that of space tourism, this project features an  “lunar colony” and this colony itself can accommodate upto 2.5 million guests a year. This colony also features a training platform for the astronauts and space agencies. The guests would ride in “moon buggies” over the craters to see the 10-acre land. There is also a rollercoaster-like “moon shuttle” that goes round on the outer part of the suites and makes its way up to the lunar colony.

Altogether, as said by the company founders (Sandra G. Matthews and Michael R. Henderson), the Moon resort will have the capacity to facilitate upto 10 million visitors a year.

The structure features two sections: a spherical base having three stacked disks and the lunar orb. Other privileges which one expects out of a luxurious Moon hotel in Dubai includes a nightclub, a spa-wellness centre, lounges for jazz piano and an alien spacecraft over a multilevel lounge, an event centre having a capacity for 5,000 guests, specifically in the base.

The windows would not be like the traditional ones, specifically nothing ordinary would be seen through them. The company is planning to make “electronic windows” through which the exhibitors can see what they desire to see.

All of them intended to attract the visitors with their inspiring Lunar theme.

Among all of these amenities lies the “lunar surface”, because of its simulation, the visitors experience the low-gravity or weightlessness like in any space travel, hence becoming the main attraction beforehand.”We will give you the ability in your lifetime to walk on what you will believe to be the lunar surface,” says Henderson.

Hitherto, the official plans in Dubai are being finalized and the expectations of the company are that it would take hardly two years to construct a unique Moon Hotel in Dubai. As Henderson says, “From an architectural, engineering and design perspective, MOON can be built”.

MOON also features a private residence program with their 300 luxury units available for purchasing. These Villas would be 2,000-square-foot wide and would allow a lifetime membership to MOON.

Earlier, Moon World Resorts Inc planned to build MOON in Las Vegas in 2021. The idea behind the Moon Hotel in Dubai was of building the largest sphere here on Earth, Henderson shared at that time that he and Matthews first came up with the idea in 2,000, “the objective was to develop an authentic, mega-scale reproduction of planet Earth’s Moon, incorporating the world’s largest sphere”.

MOON will form the bridge!

Co-founder of MOON, Michael R. Henderson says, “MOON will form the bridge, delivering an affordable and entirely authentic space tourism experience millions of enthusiasts around planet Earth have been patiently waiting for”.

The Expectations of the co-founders:

Moon World Resorts inc. first started in 2000 by Henderson and his co-founder, Sandra G. Matthews. Many space exploration companies were made approximately by this time; Blue Origin of Jeff Bezos: founded in 2000, SpaceX of Elon Musk: founded in 2002, Virgin Galactic: founded in 2004.

Space travel was just being conceived by this time, Henderson explains.

To drive home his point, Henderson explained how such companies and the Moon started off at the same time.

“Space is really hard. It has taken Blue Origin, SpaceX, and Virgin Galactic until now to really get things happening—we are no different,”. So, he thinks that MOON can be brought to life and he also concludes that fortunately MOON has a big marketing advantage by being ahead in the global marketplace. “We’re fortunate to enjoy the largest billboard ever created.”

This project is awaiting many space tourism fans and its plans described in drawings on social media are arousing more excitement. The co-founders believe they can do this. Let’s hope to see the Earth’s only natural satellite here as Moon Hotel in Dubai! 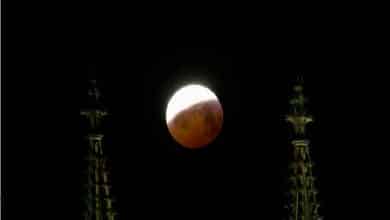