NASA’s Space Tourism Posters represent its vision of the future of space travel.  Intending to give flesh to their artistic inclinations and their foresight on suborbital and orbital flights, Nasa’s staff created 14 space tourism posters that send out the message: anything is possible in space’s travel future. Imagination is boundless and so is the field of manifesting countless envisionings of how space tourism will expand in the future. After all, the upcoming generations of innovators and explorers surely will contribute to that.

Visions of the future

The series of this 14 poster artwork is titled “Visions of the Future” and it was created by a group of nine artists, designers, and illustrators at Nasa’s Jet Propulsion Laboratory (JPL) called “The studio”. Their work was the result of many brainstorming sessions with JPL scientists, engineers, and expert communicators. Every single Nasa Space Tourism Poster has been revised again and again under the feedback of “The studio’s” members until it reached its final form and was ready for issue.

Initially, the posters were parts of a series about exoplanets – planets orbiting other stars – and were created to celebrate NASA’s research on them. (Jet Propulsion Laboratory manages NASA’s program dedicated to the exoplanets’ research). However, the “architects of the future” as JPL’s director used to call “The studio” team, decided to take a step further and create a new series devoted to the next day of space tourism. NASA Space Tourism Posters’ style was influenced even more by the old posters the WPA had made for the national parks, adding a nostalgic tone to the result. That explains why this series has a retro aura imprinted upon some of the pieces.

The 14 NASA Space Tourism Posters show places in our galaxy that have not yet been captured by a camera (or never will probably) but are extremely magnetic and luring to the eyes of people that often wonder “what really exists out there?” and “what kind of life would be there if ever it existed?”

The team focused on highlighting one specific thing about each place that appeared on the poster and “talk” about the science of it. As David Delgado, (from the creative strategy team) stated characteristically “We chose exoplanets that had really interesting, strange qualities, and everything about the poster was designed to amplify the concept. We were directed to a poster that focused on the solar system’s final destination using the same model.”

Typography was another basic element that was highlighted in the series and that succeeded to create a kind of a retro-future sense. The Venus poster for example as you will see “has a very curvy, flowy font, for example, to evoke a sense of the clouds” Lois Kim (from the typography team) stated.

On the other hand, the images aimed also to celebrate the differentiation of the celestial bodies being discovered and to raise at the same time the curiosity of people about the universe, explained Dan Goods (JPL visual strategist). Only through imagination can manifestation work, and “these destinations are all actual places that we know about, and one day, perhaps humans can go to them” Goods added.

This was the series’ very final poster that we created. We wanted to envision a day in the future when people live on Mars and honor the robotic forefathers of that planet.

Here, there are a few amusing things to mention. The rover’s wheel is writing JPL in Morse code on the ground, precisely like the Curiosity rover does, with the shadow of Olympus Mons in the backdrop and a hint of subterranean water (for what the rover drivers call “visual odometry.”)

The idea was that since the star’s light spectrum would be different, plants on planets orbiting other stars may have quite distinct colorations. We thus made fun of the proverb “the grass is always redder on the opposite side of the fence” in our play.

People may ask why there would be a white picket fence on an extraterrestrial planet due to the whimsical nature of the design.

Starting with the surface, we explored a few various ideas for Venus, but the goal was to depict things that people could find amusing, and Venus’ surface is everything but.

A city in the clouds is seen in the image as Mercury crosses the sun. The number 9 is printed on the side in Morse code (signifying the inhabitants are “on cloud 9”).

Reno’s entrance, which proclaims it to be “the largest tiny city in the world,” served as the model for the large sign in this poster. That seems like it may work for Ceres, sort of. It likely possesses a lot of water ice beneath since it is the largest object in the asteroid belt between Mars and Jupiter.

As a team, we created all of these posters because we loved how the subdued color scheme made them seem.

Ron Miller’s picture of a Jupiter cloudscape served as the inspiration for the Jupiter poster Delgado, and he was incredibly nice in letting us to alter it. We focused on a lead scientist’s depiction of Jupiter’s dazzling auroras when speaking with him about NASA’s Juno project, which will arrive at Jupiter in July. It’s a wonderful spectacle to watch.

Overall, these pieces of art succeed in capturing the charm, the optimism, and the possibility to make a dream come true and visit someday the places that appeared on them.

NASA working on that project decided to combine art and science in order to show people that everything is possible in the future. No limits exist and if you want to be a part of it, well at least virtually, for the time being, you can have a look at these 14 exotic destinations here: http://www.jpl.nasa.gov/visions-of-the-future/

So, are you lured by this retro-future artwork already? You can download and print the NASA Space Tourism Posters for free which means that you can fill your bedroom walls with some planetary art, freshen up your PC’s wallpaper or even maybe print some awesome galactic t-shirts. Why miss the chance of having an extraterrestrial dreamland right in front of your eyes? That is until you decide (and can afford) a trip to our galaxy. 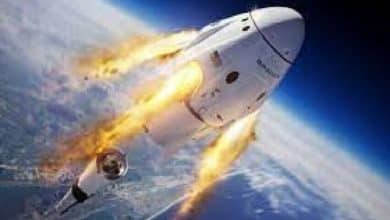