The second crewed flight for Jeff Bezos’ Blue Origin firm was launched on Wednesday with none other than Canadian actor “William Shatner” aboard the rocket, which has already been launched five times this year. The Hollywood actor launched aboard the Blue Origin suborbital spacecraft, making him the “oldest human” to visit space. William Shatner, who portrayed “Captain Kirk” in the first season of “Star Trek,” has made history by going into space at the age of 90. The previous record-holder, aerospace pioneer Wally Funk, flew on Blue Origin’s maiden space launch in July at the age of 82.

Shatner, Chris Boshuizen, Glen de Vries, Audrey Powers, Blue Origin’s vice president of mission and flight operations, and this New Shepard operation, code-named NS-18, were the crew members (co-founders of Planet Labs and Medidata). Those on board included Glen de Vries, an official with the French-based healthcare company Dassault Systèmes, Audrey Powers, vice president of Blue Origin, Chris Boshuizen, co-founder of Planet, and others. They had a couple of days of instruction and training, but other than unwinding and taking it all in, there wasn’t much for them to do during the trip. The rocket “New Shepard” has a fully automated rocket and capsule system.

Ground forces soon surrounded the capsule as it touched down in the Texan desert. Looking through the gap, Mr. Bezos made sure everyone was secure. The crew exchanged brief pleasantries with family and friends before lining up to get their Blue Origin astronaut pins. The flight departed at around 10:50 am.

The rocket launched from Blue Origin’s exclusive site in West Texas, traveling more than 100 kilometers before safely re-entering the atmosphere a short while later. The entire launch process lasted roughly eleven minutes. For the crew members, the duration of weightlessness inside the spacecraft was around three minutes. New Shepard’s capsule traveled over three times the speed of sound to go beyond the US’s 80-kilometer space frontier. Without a human pilot, the capsule is autonomously piloted and makes a parachute landing in the Texas desert.

Near the launch site, the reusable New Shepard booster rocket touched down on a concrete platform. NS-18 was the fourth launch and landing of this rocket.

The first crewed mission by Blue Origin’s owner, Jeff Bezos, in July, marked the company’s debut into the suborbital tourism industry, where it competes with Richard Branson of Virgin Galactic. Elon Musk’s business, SpaceX, also engages in commercial space flight. Compared to Blue Origin and Virgin Galactic’s spacecraft, the company’s Crew Dragon capsule enters orbit at a far greater altitude and stays in space for days as opposed to minutes. According to Bezos, Blue Origin has sold more than $100 million worth of seats to prospective consumers. However, the cost per seat on New Shepard has not been disclosed.

Earlier this month, CNBC reported that Blue Origin is experiencing a rise in employee attrition. The senior vice president of the New Shepard program resigned in August.

To serve as the company’s fourth and final representation on the NS-18 crew, Bezos and Blue Origin picked powers, whose tasks include overseeing the safety of the New Shepard program, from high leadership. Blue Origin kept charged with having a toxic work environment and failing to adhere to fundamental safety standards, therefore, the launch comes as a shock. Most of the complaints made by former and current workers have been made anonymously, and each one has been vehemently refuted.

Over 50% of respondents said that prior private spaceflights had persuaded them that common people will soon be able to fly to space as well. This has long been a promise made by both science fiction programs like Star Trek and actual space travel. In the early years of the Space Age, astronauts were mostly military pilots who had the capacity to fly to space. However, it didn’t seem too far-fetched that in the future, spaceships would resemble airplanes more. But happily, owing to firms like Blue Origin, we can look forward to a bright future.

However, American businesses are now a rival to Russia. Both Blue Origin and Virgin Galactic provide up-and-back flights with a brief period of weightlessness. And Space X has a spacecraft that can spend days orbiting the earth. This year, these companies have sent a diverse range of passengers into space, whom Saturday Night Live recently referred to as “random weirdos” in a parody of both Star Trek and wealthy space entrepreneurs.

A few days later, Blue Origin said that Shatner will join the company.

Jared Isaacman, a millionaire, provided funding for the SpaceX trip that made history in September by carrying no professional astronauts. A medical assistant at St. Jude Children’s Research Hospital in Memphis, a community college professor who won a contest, and a data engineer whose buddy won fundraising sweepstakes were all able to attend since he donated three seats in support of the hospital.

In order to support space voyages for individuals from all over the world who would not otherwise be able to afford them, one nonprofit organization called Space For Humanity is working to generate money.

The organization’s executive director, Rachel Lyons, claims that viewing the Earth from space may have a transforming impact. “We are now on the edge of a new age in space exploration when more and more people are going to have access to this experience,” she adds. “We feel that it is our duty to utilize this technological development for the benefit of all.”

She claims that currently, “99.99% of mankind is just not accessible to space,” and that over 100 nations have submitted over 4,000 applications to their program. 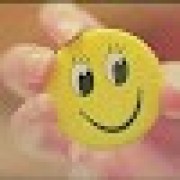 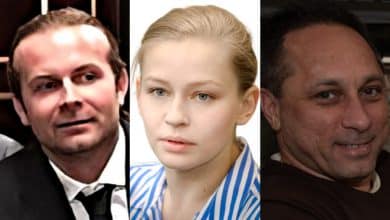