On Nov. 10, SpaceX successfully deployed 4 NASA astronauts to the International Space Station (ISS). They’ll arrive at the station on Thursday evening. The mission, codenamed SpaceX Crew-3, will be SpaceX’s fourth crewed spacecraft and will transport NASA astronauts named “Tom Marshburn, Kayla Barron, Raja Chari, and Matthias Maurer from European Space Agency ” to ISS for a six-month mission. It’s the company’s 5th time sending people to space. The astronauts will spend the following day in orbit, orbiting the Earth in SpaceX’s Crew Dragon capsule, before they land with ISS.

After a series of delays, the crew departed at 9:03 p.m. ET from NASA’s Kennedy Space Center in Cape Canaveral, Florida, atop one of SpaceX’s Falcon 9 rockets. After successfully launching the Crew Dragon into low Earth orbit, the Falcon 9 returned to Earth and landed on SpaceX’s drone ship in the Atlantic, which is one of the company’s iconic rocket landings. As part of NASA’s Commercial Crew Program, this is SpaceX’s third operational crewed flight. Each trip, including Crew-3, will last 6 months, with SpaceX responsible for both launching and returning the crew. The Crew-3 astronauts will return to Earth in the spring of 2022.

Meet the astronauts of Crew-3.

Kayla Barron, who holds a master’s degree in nuclear engineering from the University of Cambridge, was named a NASA astronaut in 2017 and comes from a career that entails difficult living conditions and lengthy periods of isolation: submarines. Barron became one of the first women to serve on a Navy submarine in 2010.

Raja Chari joined NASA’s astronaut corps as one of its newest entrants in 2017, and this is his first trip to space. He graduated from the US Naval Test Pilot School, which has a long history of providing a pipeline to the astronaut corps and holds a master’s degree in aeronautics and astronautics from MIT.

Additionally, Barron and Chari are both nominated for NASA’s corps of Artemis astronauts, who might participate in upcoming lunar missions. Barron noted that visiting the ISS is “the finest potential training for us” in terms of “personal growth and the ability to learn from experienced individuals” in preparation for a future lunar mission.

It is Germany’s Matthias Maurer of the ESA’s first spacewalk, with the potential to activate a new robotic arm transported to the space station on a Russian spacecraft.

NASA’s Tom Marshburn is the mission’s pilot and the crew’s only seasoned astronaut. He has a physics background and a degree in medicine, and he originally joined NASA as a flight surgeon in the early 1990s. He joined NASA’s astronaut corps in 2004 and has previously flown on one Space Shuttle mission and one Russian Soyuz trip to the International Space Station.

For the last two decades, the International Space Station (ISS) has housed astronauts from all over the world to perform scientific studies. Because of the absence of Earth’s pull in the microgravity environment, the space station is unlike any other laboratory in the world for conducting scientific experiments. So, replicating an experiment done on the ground on the station can provide scientists with a more fundamental knowledge of how something works.

The Crew-3 astronauts will be in charge of research that includes an attempt to grow a “perfect crystal” to improve our understanding of biological processes, a study of the effect of diet on astronaut health, and the testing of a smartphone video guidance sensor for guidance, navigation, and control of the Astrobee free-flying robot.

The Crew Dragon by SpaceX

The Crew Dragon, an automated capsule with elegant seats and interactive touchscreens, is SpaceX’s primary means of bringing people into orbit. The capsule is also built to dock with the space station autonomously, without any need for input from the people on board. On November 11th, at 7:10 p.m. ET, the Crew Dragon carrying the Crew-3 crew attempted to dock with the ISS, after which the astronauts opened the door and joined the station about an hour later. They were accompanied by NASA’s astronaut “Mark Vande Hei” and Russian cosmonauts “Anton Shkaplerov and Pyotr Dubrov”, who are currently residing on the ISS. Around 9:20 p.m. ET, the seven people performed a brief welcome ceremony within the station (Barron is the 601st person to go to space, whereas Maurer is the 600th).

However, the Crew-3 group narrowly avoided colliding with another group of astronauts on the space station. On Monday, a crew of 4 astronauts from SpaceX’s Crew-2 mission descended from the International Space Station, flying down to Earth in their own Crew Dragon and crashing down in the Gulf of Mexico. Crew-3 was scheduled to launch before the Crew-2 astronauts return, but the launch was repeatedly postponed. NASA, therefore, decided to return Crew-2 members ahead of Crew-3.

“Sometimes when you attempt to fly on Halloween, you get a trick rather than a treat,” Chari said to SpaceX mission control before the launch, talking about the fact that their mission was scheduled for October 31st. Instead, flying on Veteran’s Day was an honor, according to Chari. The return of Crew-2 took place on Monday, Nov 8th, and the astronauts landed safely. On the way down to the ocean, one of the capsule’s four primary parachutes opened a bit slower than the others. Even though the capsule safely landed the crew, neither NASA nor SpaceX believed it was necessary to postpone today’s flight.

Furthermore, NASA stated that the time between crash landing and takeoff was the shortest in space flight history to carry humans into space.

There Were Some Issues during the Mission

The Crew-3 launch comes after another set of four astronauts returned from the International Space Station on Monday, completing the Crew-2 mission. Both missions took place as SpaceX and NASA attempted to resolve difficulties with the toilet design onboard SpaceX’s Crew Dragon spaceship. During their nine-hour return journey from ISS on Monday, the Crew-2 astronauts were without a toilet choice due to the issue.

NASA and SpaceX claim that the issue with the capsule that was utilised to launch the Crew-3 mission on Wednesday has been fixed.

Nasa’s Intake on This

In order to prevent space debris from harming the International Space Station before today’s launch, NASA had to make a small adjustment to the space station. The engines on a docked Russian Progress module started up at 3:30 p.m. ET, lifting the space station significantly higher and out of the way of debris from an ancient Chinese satellite known as Fengyun-1C. The boost made it possible for the Crew-3 team to safely arrive at the space station. 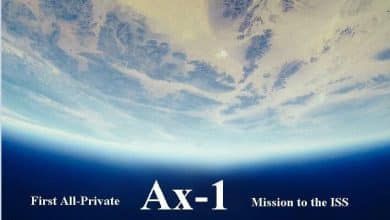