In recent years, spaceflight has ceased to be strictly scientific in nature and has become commercial. Important private companies have started an interesting race to develop space tourism, which is why now the concepts of orbital flight and suborbital flight are heard more frequently.

And although both concepts are usually mentioned in the same conversations or topics, they are substantially different. Their main differences lie in the trajectory and the speed that each one implies.

On the one hand, the trajectory of an orbital flight travels the circumference of the planet constantly, with a speed such that it can travel around the Earth infinitely. On the other hand, the trajectory of a suborbital flight begins with the takeoff of the spacecraft, which goes out into space and draws a retreating arc to return to Earth. Regardless of how far the spacecraft traveled when it went out into outer space, it was never in orbit. That is, it never went around the planet, therefore it is classified as a suborbital tour.

When it comes to speed, a spacecraft that is going to make an orbital trip needs to reach what is called “orbital speed”. For its part, a rocket that is going to execute a suborbital flight needs a speed much lower than that.

Now, what is known as orbital speed is the speed with which an object must move in order to keep orbiting around the Earth or any other planet.

If it is a ship that must perform a suborbital flight, the required speed is much lower since it must not reach the orbit of the planet. As we already mentioned, this type of vehicle only leaves the Earth, reaches a certain height in outer space and returns to our planet when its engines are turned off. Suppose that the spacecraft wants to reach 200 kilometers from the Earth, to achieve this it requires moving at a speed of 6,000 kilometers per hour, which is considerably lower than the speed required by an orbital transport.

Following are some significant achievements in orbital and suborbital flight:

Another aspect to consider is that due to the speed required to achieve orbital flights, these are much more complex at a technical level, which translates into higher costs when compared to suborbital flights. That is why suborbital tours are becoming more attractive for companies seeking to develop the trips to outer space.

And although these do not revolve around the planet, they provide a very interesting route since when they reach the maximum point of the arc of flight, the ship reaches weightlessness as it begins to return to Earth providing its passengers with a free fall and an unmatched view.

And although the technological and monetary difference between one type of flight and another is notable, private companies focused on space travel have managed to offer both options to their customers. Of course, these flights are extremely expensive in the first place, but it is hoped that as this industry develops, tickets may become more affordable.

Regarding the achievements made by the main companies involved in the development of trips to outer space, we have the following:

Both companies continue their advance when it comes to take tourists off the planet, and we are fully confident that we will continue to witness what both can achieve in the short and medium term.

Without a doubt, human beings have already managed to develop the necessary technology to gradually begin to conquer space. Commercial flights outside the Earth are already a palpable reality, although affordable for few. However, we hope that the tourism in outer space industry will reach higher levels in the technological aspect, and that it will be much more accessible for the thousands of people who dream of traveling to the stars.

How much do I need for making space tourism by rocket? 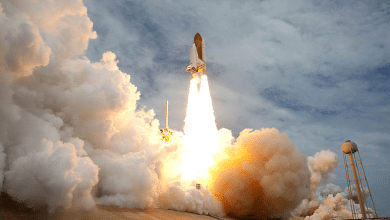