Oregon Congressman’s proposal seems to foretell that joyrides to space will soon become even more expensive due to new forthcoming taxation.

Not long after Richard Branson joined his first Virgin Galacitc’s fully crewed spacetrip and on the same day Jeff Bezos’ launched his first crewed space flight on 20 July 2021, Rep. Earl Blumenauer from Oregon (D., Oreg.) announced his intention to impose taxation on space tourism. Within his plans in particular is to propose a relevant law under the name Securing Protections Against Carbon Emissions (SPACE) Tax Act

Space tourism is expected to grow to a $3 billion business within the next ten years, according to analysts. As the Blue Origin rocket accomplished on Tuesday, rockets that burn liquid oxygen and liquid hydrogen release just water vapour and no carbon. Even water vapour, according to Blumenauer, can harm the ozone layer, though. Furthermore, carbon is released by the fuels that Virgin and SpaceX employ.

Congressman Earl Blumenauer of Oregon stated that it is obvious that interest in space travel is on the rise. These flights to the edge of space, according to Blumenauer, serve no scientific purpose. It’s only space travel. There are signs that the ozone layer may be experiencing issues, and the amount of emissions is almost 60 times larger per passenger than on a transatlantic journey. A car could travel the entire planet with that amount.

There is no such thing as a …tax free launch

According to a statement issued by the Congressman’s office, “Space exploration isn’t a tax-free holiday for the wealthy. Just as normal Americans pay taxes when they buy airline tickets, billionaires who fly into space to produce nothing of scientific value should do the same, and then some”.

For the record, tickets for space tourism have reached $250,000 as far as Virgin Galactic’s price list is concerned, while Blue Origin still keeps in the dark the cost of its space tourism tickets. However, their prices do now show any signs of differentiate significantly.

According to Blumenauer’s SPACE Tax, each flight would be subject to a 10% tax, just like the excise tax that is levied when buying a commercial airline ticket.

As Blumenauer, senior member of the House of Representatives’ Ways and Means Committee stated, “I’m not opposed to this type of space innovation. However, things that are done purely for tourism or entertainment, and that don’t have a scientific purpose, should in turn support the public good” sending out clearly the message that pure pleasure should pay a toll for the good of humanity.

He also added that his tax proposal would likely have the tax levied on a per-passenger basis, in the same way travelers pay when using commercial aviation.

Although further details of the tax proposal have not yet been disclosed, it seems that there are going to be two taxation tiers: the one with regard to suborbital flights (beyond 50 miles above earth’s surface) and the other with regard to orbital ones (those exceeding 80 miles above earth’s surface). Blumenauer did not also provide any further information about the tax’s percentage for each case or about the state policies the collected revenue is going to fund.

However, as by his statement on CNN  Business it is easy for someone to make some assumptions regarding the taxation percentage that will be imposed :”Why should a family that is taking kids to Legoland pay a 9.5% ticket tax and other charges on their airline tickets and space tourists who spend a gazillion dollars have tax free tourism?” He also noted that his proposal is an attempt to bring the matter in the public dialogue, start a conversation and continue ahead with it

Where will the tax revenue go?

It is highly likely though, that all the tax revenue will be directed to policies against climate change because as Congressman stated, he is concerned about the potential carbon footprint of the space tourism industry once it expands. Something that is going to happen pretty soon having in mind Virgin Atlantic’s recent announcements regarding the launch of a space tourists’ shuttle every 32 hours (!). It is estimated that suborbital space flights emit 60-times more carbon footprints that commercial transatlantic flights on a per-passenger basis.

Space tourism companies have all been funded by NASA programs which have been in turn funded by taxpayers and so a part from the profit of their activities should return to taxpayers with some kind of benefit (environmental preferably). Fair enough. Besides, people who can afford an orbit trip ticket can undeniably afford its tax as well. Comments on the proposal from the thee leading businesses on space tourism have not yet been made.

Space tourism industry will grow substantially over the next years and as it seems not without contributing to society via taxation.

According to a statement released on Tuesday, Earl Blumenauer, a representative for the state of Oregon in the US House, expressed his worry over the potential negative environmental effects of the burgeoning space tourism sector. He believed that wealthy individuals who utilise these services need to be taxed as well. Obviously, Space flight is not a high-end, tax-free vacation for the rich. Billionaires who travel to space without contributing to science should pay taxes in the same ways that regular Americans do when they purchase plane tickets, if not more. Blumenauer emphasised.

The Democratic lawmaker first clarified that he is not against this kind of spatial innovation before saying that non-scientific activities that are meant for pure amusement should “serve the public benefit”. The Carbon Protection Tax Act (Space), which Blumenauer’s bill calls for, calls for a fee per passenger to be added to the cost of the ticket and other taxes. The rate would be determined by the altitude the ship reaches. NASA research flights would be excluded, on the other hand.

Bezos, who has been charged with not paying the taxes due in accordance with his income for years, has come under fire for the proposal. By praising Amazon staff and customers for “paying” and enabling your brief journey to space, the tycoon further caused uproar. As the space endeavours of billionaires Jeff Bezos, Richard Branson, and Elon Musk succeed, Blumenauer’s new legislative proposal might become an unexpected substantial source of money for the state. 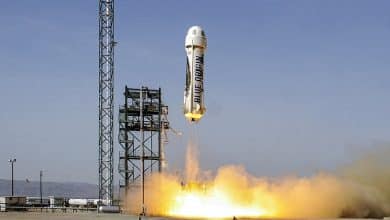 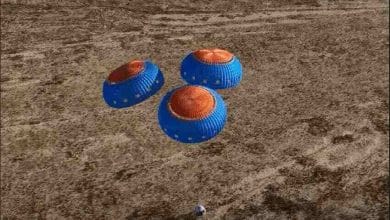